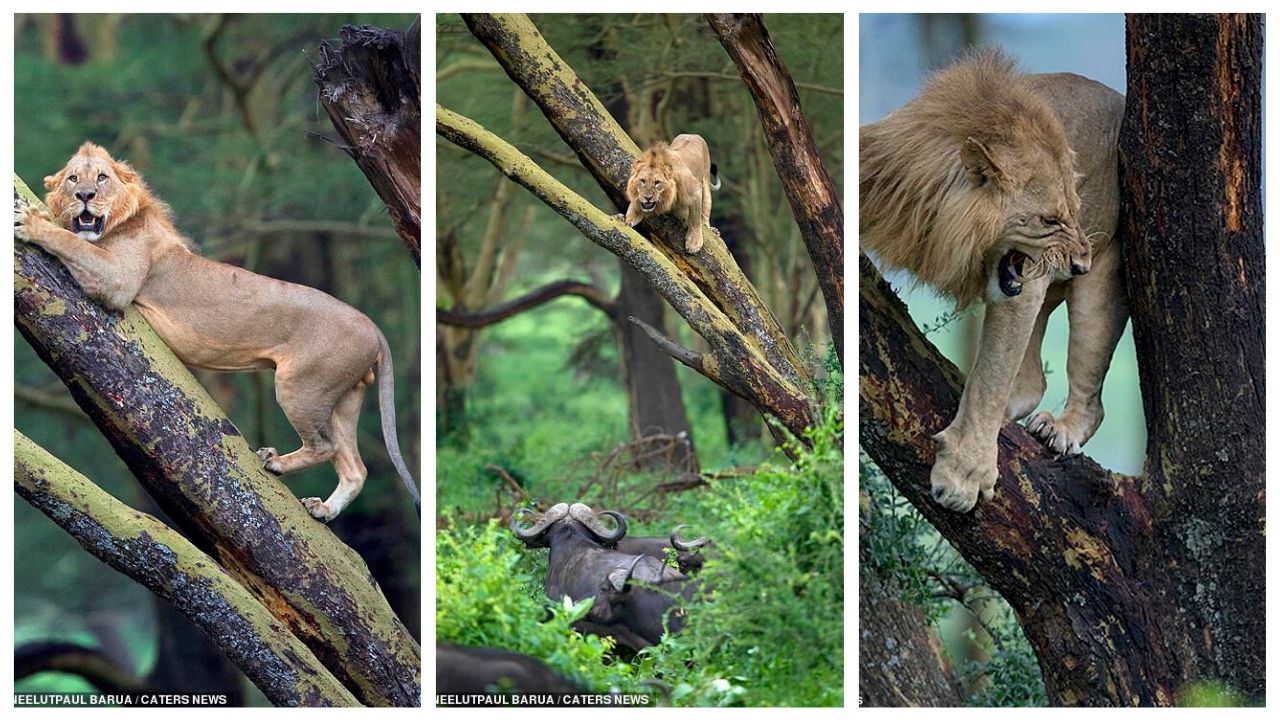 Scaredy cat! Lion hides in a tree after being chased by a herd of 100 angry buffaloes in Kenya

This scared lion was captured on camera hiding in a tree – in a bid to escape from a herd of angry buffaloes. 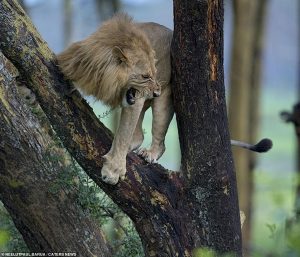 The predator scampered up the Acacia tree after being chased by around 100 of the charging beasts in Lake Nakuru National Park, Kenya.

The cornered animal snarled at the buffaloes from its hiding place – but then started to slip off the branches due to his weight.

But even though the lion could not climb any higher, the herd eventually lost interest and left the area – leaving the big cat to run down the tree and escape to safety.

Neelutpaul Barua, 39, from Mumbai, India, snapped the photos of the hiding lion while on a tour in Lake Nakuru National Park, Kenya. 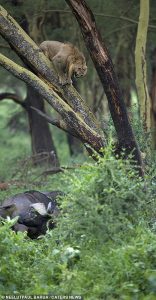 He said: ‘Cape buffaloes do fall prey to lions however, the tables turned this time around.

‘A herd of close to 100 cape buffaloes chased this lion that ended up taking refuge on an Acacia tree.

‘Power is often on the predator’s side but today his weight was pulling him down-he wanted to be on higher grounds but kept slipping.